As the 21st century progressed, we saw many Chinese brands taking up the podium and making their names in the global market. Smartphone manufacturers like Xiaomi, Oppo, BBK (the company behind OnePlus series), Infinix and Vivo today are well-known brands in the emerging markets of Asia and Africa. Providing sturdy performance and a good many features at comparatively lower prices, brands like these quickly gulped a considerable share in the global market.

When we talk about the Chinese smartphone manufacturers, we can’t in anyway afford to skip Huawei, for it has risen to become the third largest smartphone brand from across the globe competing against giants like Samsung and Apple. Today, it ships more than a hundred (139 to be exact, for 2016) million smartphones every year. Follow along with this write-up, as I take you through how this company fared in the year 2017. 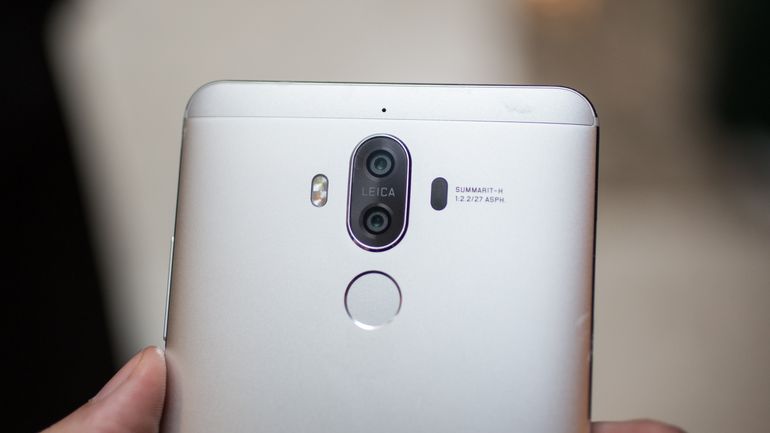 The year for Huawei had already started in November last year, when it announced its flagship smartphone device for 2017 in its high-end Mate series, the Mate 9. Packing an octa-core processor along with 4 Gigs of RAM, the smartphone came with a dual camera setup at the back. It had a beefy 4000 mAh which supported QuickCharge facility. The smartphone later bagged 8 prizes at the CES 2017 which held in January this year. As the year progressed, Mate 9 even helped Huawei in breaking the Guinness World Record for people taking most selfies during three minutes time and as much as 160 selfies were snapped.

In February this year, Huawei also stepped in to contribute to Pakistan’s tech arena wherein it partnered with Wi-tribe to bring advanced 4.5G LTE network in Pakistan. The collaboration brought in $15 million of investments in Pakistan. Gartner, a US-based technology company, also had a good news for this giant as it revealed in its yearly report that the Huawei smartphone sales had increased by 26% last year making it the third most sought smartphone brand in the previous quarter.

The company then didn’t settle with the Mate 9 and went on to releasing Huawei P10 at the Mobile World Congress which held in February. These smartphones weren’t the only products being unveiled at the Huawei’s desk at MWC, the company also revealed its second series of Android watches. The smartphone was launched in Pakistan during early April when a full sale day experience was organized at Hafeez Center Lahore.

Mid-range devices on the go

With prices starting at $896, the company revealed three sleek-looking Matebook laptops later in May. Meanwhile, Huawei had already revealed its mid-ranged Y5, Honor 6C, and Y7. Mostly, these smartphones were able to find good sale rates. The Fast Food brand KFC even partnered with Huawei and launched its own smartphone.

Huawei also gained immense popularity in its mid-range smartphones under its sub-brand Honor. Honor 8 Lite and Honor 6X became the top-selling products in Pakistan under this brand name.

Huawei continued to grow as a company and in July this year, it made to the top 100 of the latest Fortune 500 companies list. In August, the company announced that it would be releasing the first AI smartphone, next flagship in the Mate series a month earlier i.e in October. Meanwhile, the tech giant had already showcased its first Artificial Intelligence mobile chip at the IFA 2017 global event so the critics and experts were really excited to see what comes of it.

Huawei’s latest SOC is an octa-core mobile processor that has 5.5 billion transistors cramped in a tiny 10nm manufacturing process. Kirin 970 comes with Artificial Intelligence and has a Neutral Processing Unit which is 50 times more powerful and 25 times more performance efficient than the quad-core Cortex-A73 cluster of the previous Kirin 960.

As the world waited for Mate 10, Huawei went on to introduce the next smartphone in its widely acclaimed Honor series. The budget-friendly Honor 7X smartphone came with a nearly bezel-less design and two lenses at the back, exactly in line with the company’s commitment to providing good features in the lower price range. It also announced an IP67 water resistant, Honor WaterPlay tablet at the event. 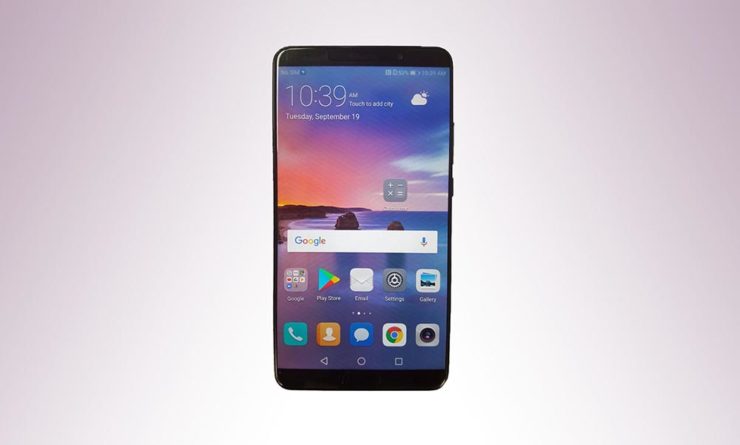 After the announcement of Huawei’s latest SOC Kirin 970 chipset which gave the brand superiority over other brands, Huawei Mate 10 and Mate 10 Pro were released in Pakistan back in November. The devices with beautiful bezel-less design, fast processors and dual cameras on the back make these devices unique than many other flagships.

Huawei Mate 10 features a 5.9-inch screen with the FHD+ display. While Mate 10 Pro has an even larger screen of 6-inch with OLED display. Both devices feature a Kirin 970 CPU, 4GB of RAM, 4000 mAh battery and 64GB of internal storage. The Mate 10 pro has an additional variant of 6GB of RAM and 128GB of storage.

Following its strategy of launching mid-range smartphones in emerging markets, Huawei launched its mid-range bezel-less Mate 10 Lite which became immensely popular in Pakistan. Mate 10 Lite’s taller edge to edge 18:9 full view display, dual cameras on both back and front of the device, impressive design, and good battery life makes it a real champion in the mid-range market segment.

The untiring Chinese brand is always up to bringing innovation, the company launched its Honor V10, a mid-range smartphone, with 18:9 bezel-less display and Kirin 970 chipsets. Providing high processors in the mid-range device became the reason for the popularity of this device in Europe. During the presentation of the launch event of the device, Huawei demoed its depth sensing technology. The Chinese tech giant claimed that its face recognition technology does a better job than the one in iPhone X, Apple’s 10th-anniversary smartphone.

The tech giant claimed that its depth-sensing camera uses infrared rays and a projector, which is capable of capturing 300,000 data points. According to an estimate, this data set is 10 times larger than the dataset captured through Face ID in iPhone X.

Huawei has not even spared the South Korean tech behemoth in the rivalry. As the rumors of Samsung’s upcoming foldable smartphone, Galaxy X have increased, the Chinese tech giant also came to play in this field too. Things got hotter when Huawei’s CEO Richard Yu gave an interview to CNET and said that we are also working on the foldable phone. The surprising comments became viral in international media outlets, as Richard said that, “We already have a working sample.” However, unlike Samsung which is filing new patents every single week, about its next foldable miracle, nothing solid has appeared from Huawei’s end, until now.

What do we expect to see in future?

Huawei is an ambitious Chinese brand which has reached this point facing difficulties and up and downs along the way. The expectations from the brand also revolve around the fact that it could be the only smartphones’ manufacturer who could break the monopoly of a single smartphone brand who has dominated all over the world with its expensive smartphones.

To achieve the large share in market more innovation is expected from the brand. As the MWC 2018 is going to be held in February, where most likely Huawei’s P-series or PCE series smartphones will be unveiled.

This is just the beginning for Huawei, the new year brings new hopes and challenges for every smartphone manufacturer and let’s see how Huawei will fare in that!

Edited by Sajeel Syed. We will be writing about other smartphone manufacturers in the upcoming days.

The New Humanitarian | Then and Now: Aid’s slow pace of change